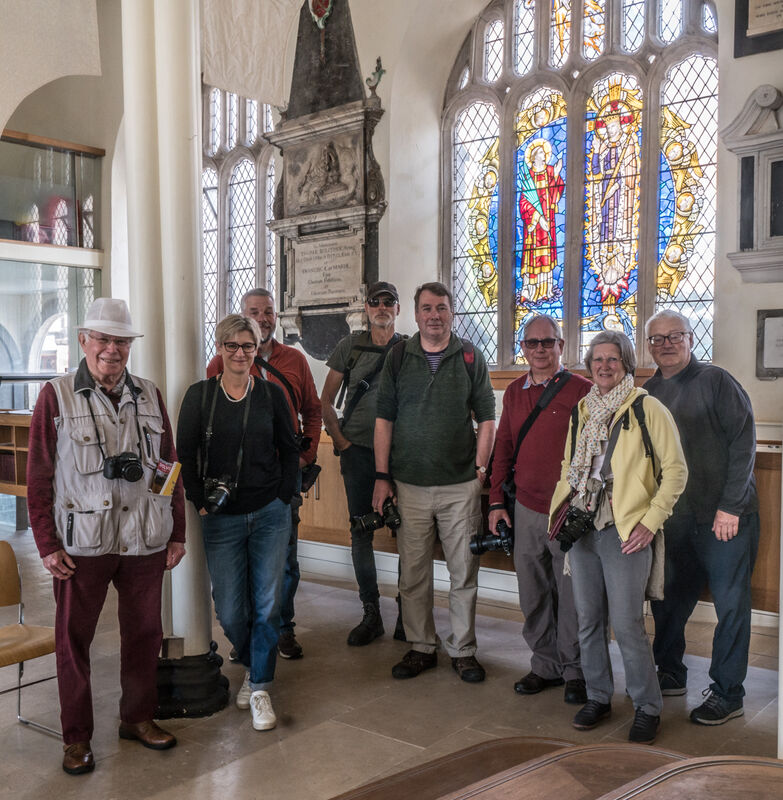 Club members at St Stephen's Church Exeter
A depleted group of 8 club members, ( 4 had had to cancel at the last minute due to health issues), met at Exeter Bus Station to begin this walk along the medieval routes around Exeter visiting buildings that had existed for many hundreds of years.

Starting at The Castle, with a comfort break at The Ramm Museum, we entered, St Stephens, St Pancras, St Martins, St Petrocs, and St Olaves Churches, absorbing the different atmosphere in each.

Getting access to the Guildhall, the highlight was seeing our Chairperson lounging on the Mayor’s throne whilst a workman tried to operate the trip organiser’s camera to obtain a group photograph for posterity. (See photo attached).

Squeezing through the world’s narrowest street, visiting the site of the old cathedral gates, having a brief history of St Nicholas Priory given to us, we descended the old open sewer of Stepcote Hill, to be regaled by the chimes of the 1620 clock at St Mary’s Church, and passing the house that moved, we eventually arrived on time at the underpass adjacent to The River Exe which is adorned by wall art and graffiti.
Here time was spent surreptitiously photographing passers by against the colourful backdrop.

On the way to lunch at The Prospect Inn at The Quay, we spent time at the old river bridge adorned by the remains of St. Edmonds Church, and then negotiated past the geese, swans and ducks along the river bank.

Food, Service, and especially the banter at The Prospect was excellent and it was difficult to prise ourselves away.

Next some members enjoyed the Exeter Historical Video at the Customs House, whilst others relaxed outside in the sun, readying themselves for the climb back to the City.

This entailed walking on top of the city wall, and then adjacent to it back to Cathedral Square where the official walk ended at 15.45 hours.

The object of the walk was to socialise, find out about and visit some of The City’s gems, take a few photographs on the way, not lose anyone, and generally have a good time.

From the positive comments of those participating the objectives were hopefully met. 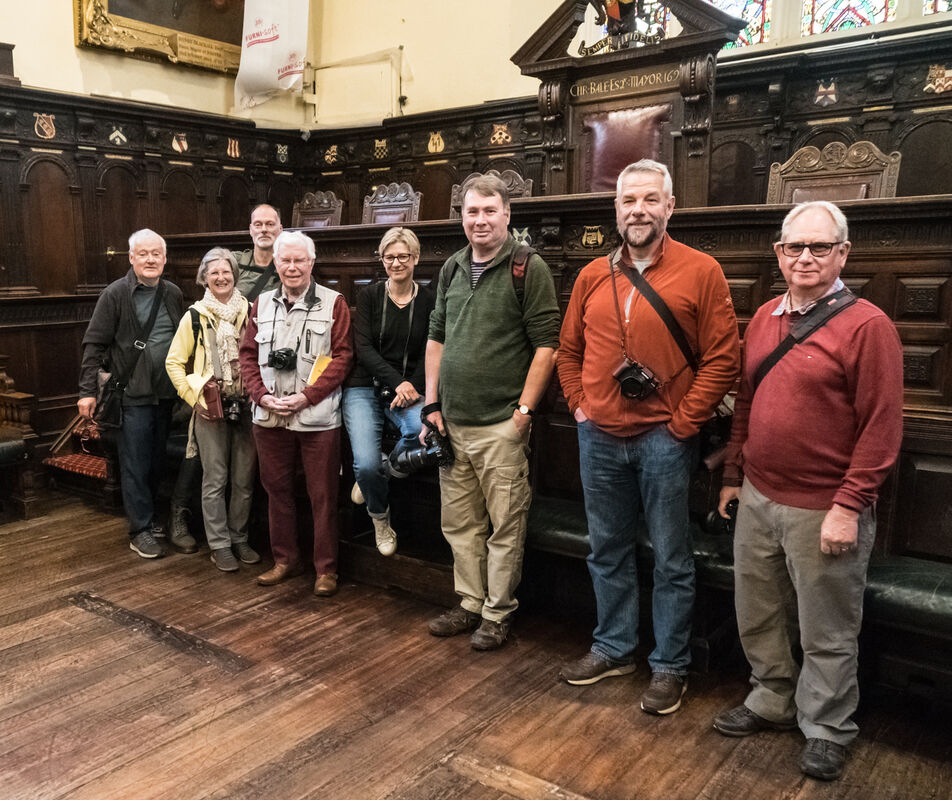 And here we are at the Guildhall 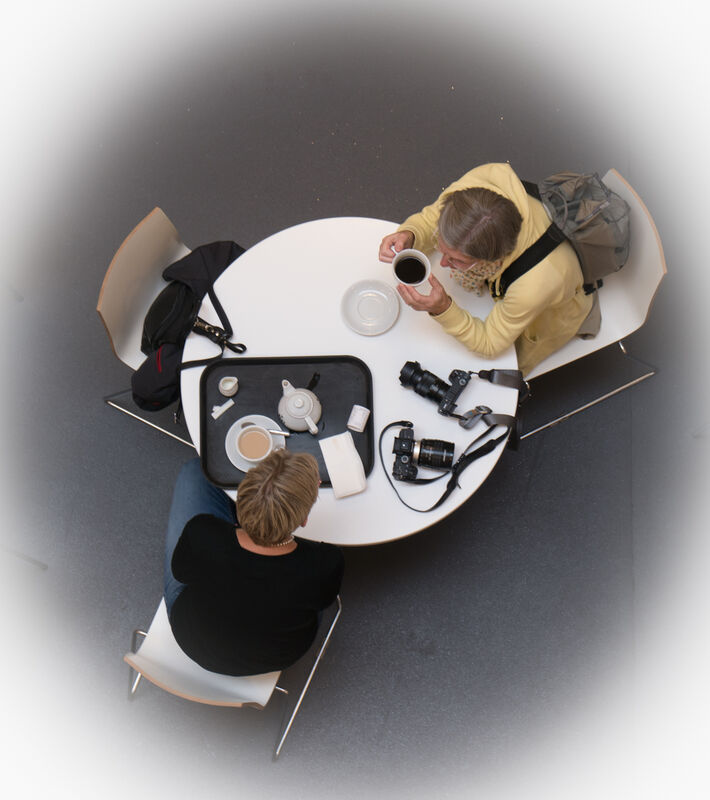 View from above - Royal Albert Memorial Museum
Next
Previous