located in the heart of Sidmouth near the seafront. The chairman pointed out that it was 'good to be back' after the long summer break, especially so after

we had just experienced the wettest August on record in Sidmouth, when no less than 7 inches of rain fell during the month - three times the average!

exhibition which was held last May at Buckfast Abbey. The exhibition covered all genres of photography, although members felt the travel and nature

Before the meeting. the chairman John Keele, presented Keith Mashiter with an award certificate for his third place in the Projected Image category (PDI)

of the Devon Clubs Battle.

Members are reminded that entries are due for Competition 1 (1 print and two PDIs) at the latest by the next meeting on Wednesday 16th September. This season,

Tony Spooner has taken over responsibility for the competition Prints, while Tony Velterop continues in his role as Competition Secretary for PDIs.

The meeting on 16th September will start half an hour earlier, at 7pm, to allow extra time to show all the images from Summer Rally in Wells. It should be a good evening

as initial reports from David and Marjorie Young suggest the standard is very high this year! 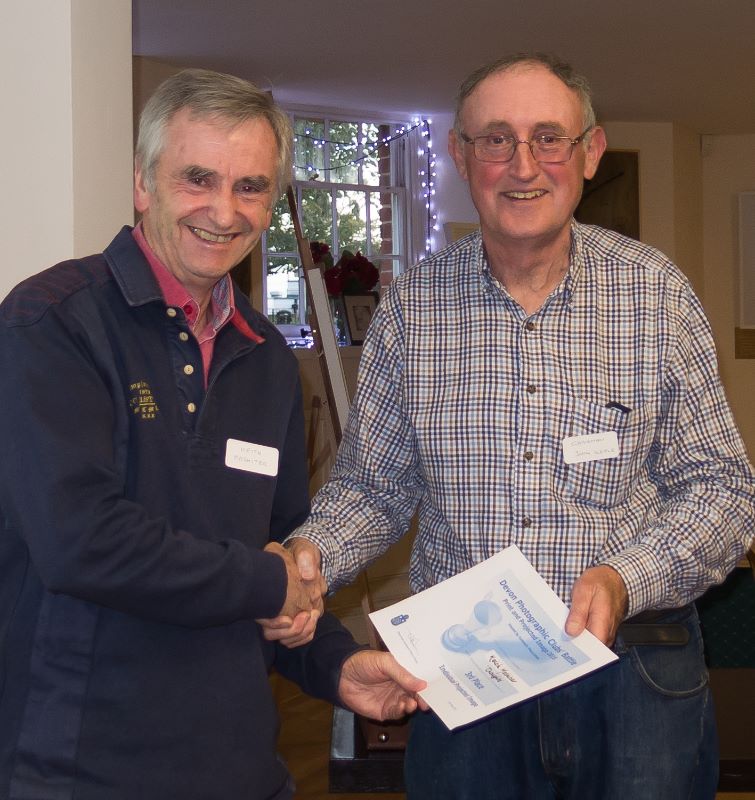